Cosmetics and Endocrine Disruptors (EDCs): A risk or not?

Our body operates like a sophisticated complex machine, constantly performing an infinite number of magnificent processes. Our endocrine system is one of those fascinating processes that produces hormones like estrogen and testosterone that help regulate bodily functions from metabolism, growth, reproduction, tissue and sexual functions to sleep and our mood for a healthy balanced body.

Endocrine disruptors or endocrine disrupting chemicals (EDCs) are natural or synthetic molecules that can alter the function of your endocrine system. EDCs can affect the synthesis and action of the hormones such as estrogen, which can lead to a wide variety of health effects.

EDCs have been linked with various health problems including:

How are we exposed to EDCs?

Currently, more than 700 chemicals are known or suspected to interfere with hormone receptors, synthesis, release or metabolism at some level in our bodies. People can be exposed to endocrine disrupting chemicals through their food, water, medicines, pesticides, cosmetics and personal care products.

Of these endocrine disrupting chemicals, parabens and phthalates have been widely used in cosmetics, personal care products, medicine and food for years. Bisphenol A (BPA) in plastics and epoxy resins used to line food and beverage containers have been shown to have an effect on diabetes and obesity.

Unfortunately, only a small number of these chemicals have been investigated to determine their complex and wide-ranging harmful impact on health of humans, animals or the natural environment.

As the awareness and information on EDCs have been increasing, a few of these endocrine disruptors have been banned, such as some of the parabens in Europe and Japan. The United States, Europe, Canada ban Bisphenol A in infant products and France bans bisphenol A in materials that come into contact with food.

However, the impact of EDCs on health as well as the economy can be quite devastating. The health costs of endocrine disruptors in the USA is much higher than in Europe with $340 billion versus $217 billion per year possibly due to differences in regulations and screening in the EU. The EDCs not only affect the current population but also can affect the developing generation and children.

In April 2018, the EU bans all outdoor use of three bee killing neonicotinoids (imidacloprid, clothianidin and thiamethoxam) in Europe.  Neonicotinoids can act like endocrine disrupting chemicals on honey bees, which act on their nervous system to cause paralysis, severely decreasing the functions of queen bee, survival of worker bees and the honey production.

Neither us the humans nor the nature can survive without the bees, nature’s most effective pollinators, whereas these pesticides are killing millions of them.

The EU neonicotinoids ban is quite important for the survival of honey bees and us, but will the USA, Canada and rest of the world follow? 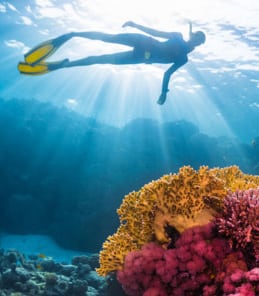 Recently, Hawaii prohibited the sale and distribution of sunscreens with oxybenzone and octinoxate, which can cause coral bleaching. Oxybenzone (Benzophenone-3 (BP-3)) and octinoxate (2-ethylhexyl 4-methoxy cinnamate (OMC)) are also endocrine disrupting chemicals.

In addition to coral bleaching, oxybenzone also acts as an endocrine disruptor among marine creatures such as shrimps and clams.

What are the implications to cosmetics?

The new EU regulations and Hawaii sunscreen ban clearly show that the impact of EDCs on us and nature has begun to be recognized. Although these are very recent developments, the new EU regulation might affect cosmetics producers at multiple levels in the future: both at the raw natural ingredient level with regards to pesticide use and as an implication on the preservatives used in finished cosmetics, health and personal care products.

The Hawaii sunscreen ingredient ban may encourage consumers to have a closer look at the product labels and increase the demand in cleaner beauty.

I believe this will induce the cleaner healthier beauty revolution. In the long term, EU’s regulations and Hawaii’s ban could stimulate the cosmetics and personal care industry to change their attitude and pursue cleaner safer ingredients without the harmful global impact on humans, animals and environment.

Wishing you a glowing healthier skin,

Molecular Immunologist & Skincare Expert
As an Immunologist trained in Molecular Medicine and as an expert in skin care and cosmetic chemistry, Dr. Ebru Karpuzoglu has spent +20 years researching skin, impact of hormones on the immune system sharing her findings in international publications with her audience, and building an award-winning line of products. Trusted by scientists, doctors, editors, bloggers, celebrities and skincare lovers around the world, her deep real-world knowledge and research are invested in every drop of AveSeena. Skincare Benefits of Niacinamide: All You Need to Know 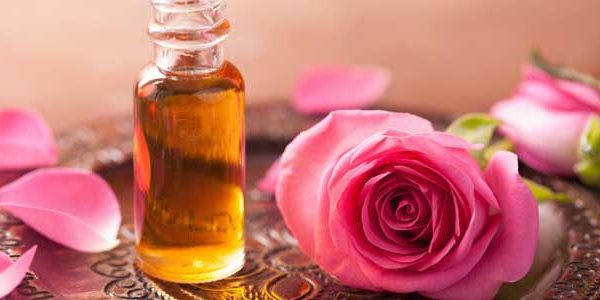 How to make Rose Oil? What Is Period After Opening On Skincare Products?

Waking up your inner beauty

AveSeena uses cookies to optimize your experience on this site and to offer you services and communications tailored to your interests. By clicking “Accept”, you consent to the use of ALL the cookies. You can oppose this use by clicking here . CCPA - Right to opt out
Cookie settingsACCEPT
Manage consent

When you visit any website, it may store or retrieve information on your browser, mostly in the form of cookies. This website uses cookies to improve your experience while you navigate through the website. Out of these, the cookies that are categorized as necessary are stored on your browser as they are essential for the working of basic functionalities of the website. We also use third-party cookies that help us analyze and understand how you use this website. These cookies will be stored in your browser only with your consent. You also have the option to opt-out of these cookies. However, opting out of some of these cookies may affect your browsing experience. Please note that the change in default settings may be delayed for some cookies following your selecting the change, but for most cookies the change will be processed immediately. Blocking some types of cookies may impact your experience of the website and services that are offered. More information
Necessary Cookies Always Enabled
Necessary cookies are absolutely essential for the website to function properly. These cookies are necessary for the website to function and cannot be switched off in our systems. This category only includes cookies that ensures basic functionalities and security features of the website. These cookies do not store any personal information. They are usually only set in response to actions made by you which amount to a request for services, such as setting your privacy preferences, logging in or filling in forms. You can set your browser to block or alert you about these cookies, but some parts of the site will not then work. These cookies do not store any personally identifiable information.
Non-necessary
Any cookies that may not be particularly necessary for the website to function and is used specifically to collect user personal data via analytics, ads, other embedded contents are termed as non-necessary cookies. It is mandatory to procure user consent prior to running these cookies on your website. These cookies allow to count visits and traffic sources so the performance of the site can be measured and improved for you. All information these cookies collect is aggregated and therefore anonymous.
SAVE & ACCEPT